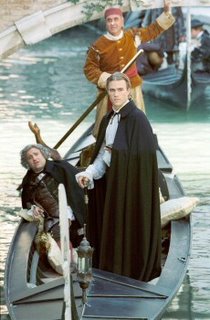 I was expecting this to be rubbish. It was quite the opposite. Sure, it's a chick flick but it is one that tries to do something decent and I think it comes off. The music is good - mostly period - and the costumes are not bad at all with little of the modernisation of dress that usually goes with popular history films. It's not erotic or funny but the director does a decent job entertaining us in not too taxing way. I recommend it as light viewing - suitable for a family audience - not too demanding and a bit dull but pleasing on the eyes and ears. Of course its nothing to do with the real Casanove but its heaps better than the dumbed-down lamentable BBC version that basically ripped off Plunkett and Maclaine - another useless attempt at the 18th century. There is an hilarious moment when the Jeremy Irons appears for the first time to be met by a servant with an astounded face - it looked like she was going to say 'blimey! It's Jeremy Irons'.
A more in-depth review here. A better review here. 'Casanova sucks' review here. Sienna Miller on the film here
IMDB facts here
Research the real-life Casanova and read his works.
Posted by Ralphus at 12:05 pm