Days of Hope is a BBC television drama serial produced in 1975. The series dealt with the lives of a working-class family from the turmoils of the First World War in 1916 to the General Strike in 1926. It was written by Jim Allen, produced by Tony Garnett and directed by Ken Loach.
Days of Hope (BBC, 1975) was Ken Loach's first historical piece and, although tracing events fifty or more years previous, it was strongly informed by the contemporary situation of the 1970s. Parallels can be drawn between the political and industrial struggles of the 1910s and '20s and the 1970s, particularly in the treatment of the 1926 General Strike and the industrial unrest. "Episode One: 1916" introduces viewers to the four main family protagonists. Pacifist Christian socialist Philip Hargreaves (Nikolas Simmonds) has married into a Yorkshire farming family. While his wife Sarah (Pam Brighton) supports him, other members of the Matthews family are either hostile or apathetic. Despite being warned about the realities of war by a soldier on leave, Ben Matthews (Paul Copley) enlists while Philip is arrested as a conscientious objector and condemned to death on the front-line after other coercive measures (mentioned above) fail. Only a last minute reprieve saves him from execution. The episode concludes with Ben in Ireland witnessing national resilience against the British invaders.

Episode Two: 1921" begins with Ben's desertion from the Army. He joins the Durham Miners in their resistance against oppressive measures introduced by a Government fearing another Bolshevik Revolution. He befriends striking miner Joel Barrett (Gary Roberts) and experiences the lying promises of a mine owner. One scene where the gentlemanly owner offers some miners refreshments is ironically modelled on 1960s Labour Prime-Minister Harold Wilsons "beer and sandwiches" invitations to trade unionists at Number 10, Downing Street. The episode concludes with the betrayal of an agreement and the arrest of Ben and other miners at dawn.
"Episode Three: 1924" begins with Ben's imminent release from prison. He has now become radicalised and joins the Communist Party along with Joel. Ben stays at the London home of Philip who is now a Labour M.P. During this episode the Durham miners meet a Soviet delegation at the House of Commons and express reservations over the change from "war communism" to the New Economic Policy. The episode concludes with Philip's interview with Labour Minister Josiah Wedgewood (John Philips) concerning charges that Lloyd George's strikebreaking plans were secretly passed on to the Labour Party now in power. Although Wedgewood dismisses the charge, a concluding caption shows that this information was indeed true. The plans were used by Stanley Baldwin's Conservative Government to break the 1926 General Strike.
The final episode, "General Strike", is the longest (135 minutes) of the series. It presents a damning indictment of the betrayal of the miners by treacherous trade union leaders at a time when the Strike could have brought down the Government and led to a radical change in British society following a Trotskyite rather than Stalinist model. Scrupulously researched and historically accurate, despite contemporary charges of bias, Allen and Loach's series used discursive models of political discussion adopted later in Land of Freedom to avoid the dangerously monological approach of most political dramas such as the pro-Israel US mini-series Holocaust and War and Remembrance. It also illustrates the political and personal tensions within the Hargreaves and Matthews families. While Ben and Sarah condemn the Labour Party and trade union leadership's betrayal of the working-class, Philip pompously follows a right-wing revisionist line. This line would later characterise future Labour politicians who left their Party to found the Social Democrats in the 1980s, to say nothing of Thatcher's real heir, Tony Blair. This episode also reveals that the BBC under John Reith (the founding director general) was also a tool of government. 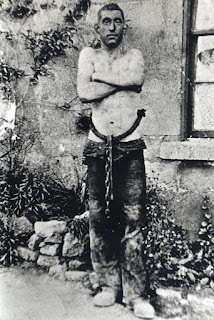 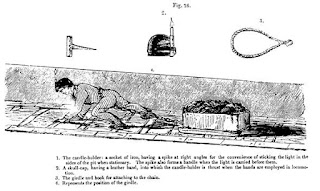 An 18thc coal mine in the Midlands 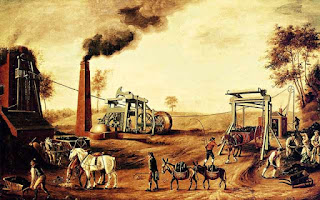 Radstock during the 1817 strike when the riot act was read 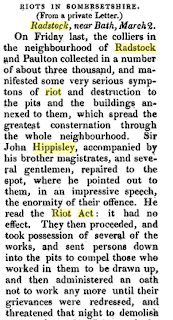 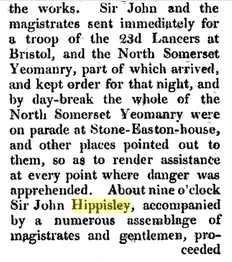 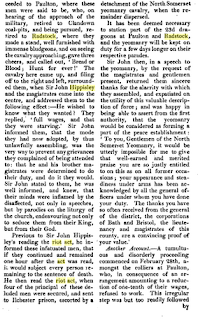 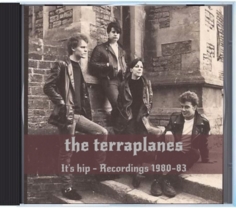 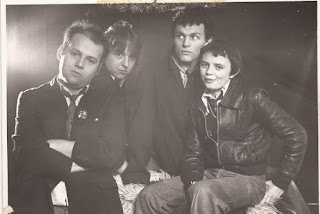 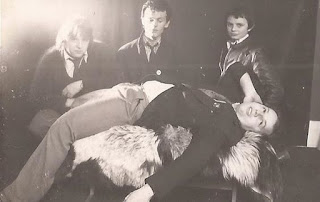