Interesting feature on the wargames world in its infancy.
Posted by Ralphus at 5:43 pm

Xavier Beauvoir, the director of OF GODS AND MEN, returns with a breathtaking look at the bucolic but challenging lives of the French women who held up society during World War I.At cinemas now. Looks very good.
Posted by Ralphus at 2:20 pm

Analysis of the forthcoming Robert the Bruce epic

Loved this Gene Vincent version but did you know the song originates from the 17th century? Read the wiki entry to learn more
Posted by Ralphus at 4:11 pm

Shirt film - 3 minutes. Ignore the bit about pitchforks - weapons were bills and bows The Battle of Sampford Courtenay was one of the chief military engagements in the Western Rebellion of 1549.The Prayer Book Rebellion, Prayer Book Revolt, Prayer Book Rising, Western Rising or Western Rebellion was a popular revolt in Devon and Cornwall in 1549. In that year, the Book of Common Prayer, presenting the theology of the English Reformation, was introduced. The change was widely unpopular – particularly in areas of still firmly Catholic religious loyalty (even after the Act of Supremacy in 1534) such as Lancashire. See Prayerbook Rebellion living history
Posted by Ralphus at 6:22 pm

From Thomas Payton
August 16, 1819 - The Peterloo Massacre At St Peter's Field, Manchester, England, sixty cavalrymen of the Manchester and Salford Yeomanry charged into a crowd of 60,000–80,000 people who had gathered to demand the reform of parliamentary representation. About 11–15 people were killed and 400–700 were injured, including men, women and children. One of the dead was a two year old child. Image: A caricature by George Cruikshank depicting the charge upon the rally. the text reads: "Down with 'em! Chop em down my brave boys: give them no quarter they want to take our Beef & Pudding from us! - & remember the more you kill the less poor rates you'll have to pay so go at it Lads show your courage & your Loyalty!" 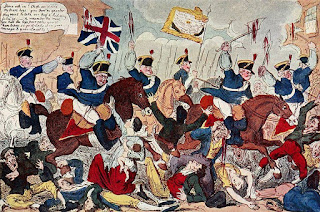 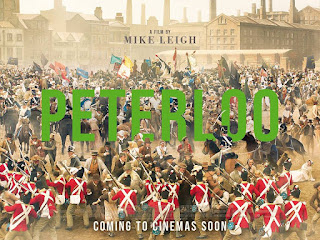 See below for trailer
Posted by Ralphus at 3:23 pm

John of the Sword

I thought I would write about this video as it's been pretty popular and quite a few people have said they've seen it and it made Video of the Week on Maximum Rock and Roll.

It was when we were living at Lower Whitelands - 2 enormous ranks of miner's cottages that has a communal feel to it. The idea was to have a 'Fun Day' and meetings were held to plan it. We decided to throw our eggs in and participate and so suggested a musical element. Our next door neighbour's kids had a band and were keen to play so we went to Frome and borrowed the Bad Detectives PA system. Before the bands Bos did some deejaying and held a spray paint graffiti thing for the older kids. Rachel did face-painting. It was well attended and the boys band whose name I forget played a set, Then it started to rain. Well drizzle. I had promised the Bad Detectives that if it rained we'd go indoors so we did. The rain wasn't so hard that everyone went home but they went down into the gardens and lit fires. We blasted off to about 6 people one of which James Bona had been given our camcorder with instructions to film a few songs. We filmed the lads before us but they chose not to put the footage up. While we were playing one of our neighbours came up and said 'They can hear every word you're singing'; and Sue said 'Good'. We weren't appreciated. I think we didn't provide something wanky enough for the drippy parents but we got a good video out of it so a win. It was fun meeting people who had seen it - whether in the States or somewhere like that. 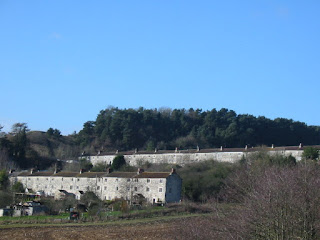 Black 47 is an upcoming thriller film, set during the Great Irish Famine in 1847. It is directed by Lance Daly and stars Hugo Weaving, Jim Broadbent, Stephen Rea, Freddie Fox, and Moe Dunford.[3][4]

It premiered at the 2018 Berlin film festival, where it impressed critics.[5]