Texas songster and nothing to do with coal mining...

I suppose I ought to finish up my mining season with some film on the British miner's strike of 84-86 - specially as it's the 25th anniversary. I do find it quite hard watching these clips as they still make me angry and sad...I couldn't believe it could happen but it did and I still grieve over it. In fact I gave up politics in 85 - up til then I'd been an active member of the Labour Party standing in council elections and so forth but this strike and its lack of support among the 'labour movement' proved to me that this country had turned to the dark side and was beyond saving. I got into reenactment instead. Harmless escapism rather than the frustration of 80s Thatcher's Britain. Funny thing was, a few years ago, they were recruiting reenactors to take part (as either side) for a documentary on the Battle of Orgreave - paying money and all that but I felt I was too emotionally involved in the subject for me to go and throw a riot shield about.

Thanks to Red for finding this. It's a trailer for the documentary about the bloody strike in Kentucky in 1973. I think it's up in parts on Youtube. A tv movie 'The Harlan County War' was made in 2000 with Holly Hunter on the same subject. Disputes in coal mines in America seem to be pretty violent. I suppose the most violent incident must be the Battle of Blair Mountain when US air force bombed their own citizens for the only time in history.

This piece of music is included as part of my mining season. Showing post Thatcher decline by surely the greatest Welsh band ever. (I think they were Welsh). We play them a lot - they don't seem to be everyone's cup of tea but we keep trying to get people to like them. I wish they'd reform - never saw them live.

The British-French film starring Marianne Faithful was a firm favourite for a young lad like me when I saw it on tv - why weren't there girls like that at my school? - in fact why weren't there girls at my school full stop? Anyway it's a great 60s romp that also works well as a sound turned down movie. We did consider trying to write some music to go with it and have it projected behind us once but it was only a whim. one day. It could be easily parodied for a pop video - all you need is a trailer and a camera...

Well it's a British biker flick...

This Sydney J Furie film is a must-see. Dealing with the difficult subject of marriage and homosexuality with Dudley Sutton in one of his many camp roles which he graced the British screen with. Film sort of reminds me of Morrisey for some reason.

I am going to do a short season of biker films from Britain - you can watch them with the sound down and insert your favourite backing track if you like. This one is a real treat - complete with George Sanders as an evil butler. He committed suicide shortly after. It's not that bad...it's brilliant if you are in the right frame of mind - and maybe someone should make a remake - still keep it in the 70s but push the envelope a bit more on the music and so forth.

This is a great song - I just love its simplicity, its funeral type atmosphere - I reckon its Gothic psyche...can someone make a video for it with dry ice and papier mache tombstones or something - maybe use clips from Psychomania.

This mining movie set in Pennsylvania is next up on the list. It's a good movie with some good performances and worth catching if it comes on tv.

Well you can't have a mining movie season without the perhaps the greatest film about striking miners - I was so blown away by this film when it came out. Such a classic.

This movie set in Virginia and starring James Earl Jones among many is a well-worth searching-out film.

John Ford's classic tale of mining and education. Part of a short season from me of mining movies. This sequence is absolutely magic - it'll have you crying and laughing all in one go - it follows Roddy McDowall's first day at school and the pugilism that is the consequence. If you don't like this...well there's no hope for you...

Clyde McPhatter 'You'll be there'

It's a scandal how few clips of this great singer are up on Youtube. He is probably the greatest singer in the RnB genre in the 50s and that's saying something. In a way he is like the black Presley in that he was drafted in 1954 at the height of his fame. It's a shame he died in obscurity and feeling he had been abandoned. I certainly have a lot of his records including the Drifters sides.

I was looking - like I do - on the web for stuff on mining and Radstock and came across this photo and I thought 'Looks like Grant..wonder if it is his father?' and looking at his other pics it is! Funny thing family resemblances. Grant is the singer of the UK Stiffs if you don't know. Incidentally there was a really nice photo of a mounted policeman outside a Radstock area colliery from the 1910 strike on ebay the other day - I thought I'd bid on it but it went for 72 quid! I tell you it was a lovely photo but that's a lot of dough - shows you how popular Radstock is becoming. You read it here first.
Posted by Ralphus at 2:34 pm

Did ya see the BBC 4 documentary Folk America last night? Catch it on i-player if you missed it - it was very good - mostly covering the 20s it featured many legends including this singing coal-miner.

She's a bad motorcycle - the Crestones

No relation to the below record but maybe in another lifetime...it make make a great double A side.

I wonder who did the original of this? I haven't heard a version I didn't like. 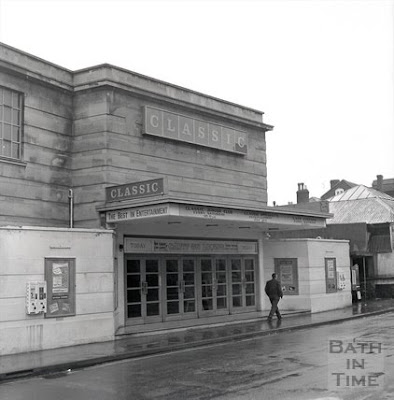 There's not so much on the Bath in Time site (see below) on Frome apart from a load of pics of Jensen Button as a 12 year old if that's your bag but this image attracted me - it's the old cinema along Cork Street before the Westway Centre was built. They used to show films in a rolling rotation so I remember sitting in there for two or more showings and my parents coming and oiking me out.
Posted by Ralphus at 12:10 pm 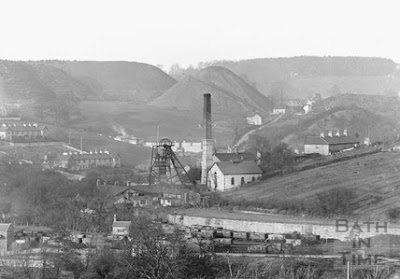 Susan and I really love looking at old photos of the mining town where we live and the surrounding villages - working out where they are taken and so forth - so you can imagine we were in hog heaven when we found a new-to-us batch of old photos on the Bath in Time website. Simply search Radstock and off you go. This image is perplexing - anyone know what we're looking at here? Is that Tyning Hill in the background? Maybe it's not Radstock... I shall have to ask my Dad - he'll know.
Posted by Ralphus at 11:47 am 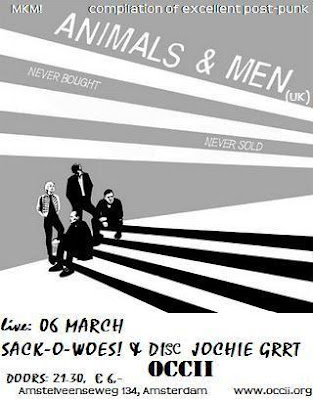 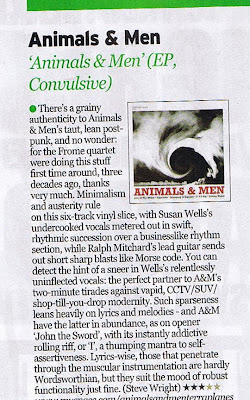 Getting us into the right frame of mind for the gig in Amsterdam at the OCCII March 6 is this review from the respected Venue magazine.
Posted by Ralphus at 11:25 am

Just heard this on Ichiban - I love Joe E Ross and this is magnificent.

Elvis 'Do the Clam'

'And you have the nerve to try to be glad!' Recorded in Germany in 1980 with a dream team lineup including Odie Payne (drums), Hubert Sumlin and Eddie Taylor. Mabon is a great songwriter and singer from the Chess stable and should be better known. Enjoy damn you! You know I added this to my favourites before I'd even seen it that's how confident I was that this would be good - Willie Mabon is the man who wrote the lines 'I bought me a blade - one I could afford - too long to be a knife and too short to be a sword' or 'every day when I shave in my housecoat - two men have to hold me so I don't cut my throat' what a man.

Just heard his version of 'Transfusion' on Ichiban - this is pretty cool too.

Is it too early to start a campaign for the Fall to be the Christmas number 1 for 2010? I remember this Peel session well - it was a double festive thing with Elastica and the Fall doing appropriate toons. Jingle Bell rock by the Fall was also good - possibly better than 'Hark'... maybe a double a-sider BBC records?

Been a while since the Fall have been on this blog - not that anyone would notice but I do and for that reason it's time to have a little blast.

I thought I'd put something up that my son would like and he certainly likes this song and this movie...I must admit the crazy music grew on me from hearing it so often...give it a spin and see if you like it...