Timewave theorists got it right?

We were waiting for April 2009 to come round in our house to see whether Novelty theorists were right about it being a significant date - it seems to be - what do you think? Novelty theory wiki
Posted by Ralphus at 9:28 am

Animals and Men 'John of the Sword'

This is Susan's film of one of the tracks off our forthcoming ep on Convulsive.
John of the Sword

This is a new song we're working on called Dragonfly - you can't really hear the vocals so it is kind of a semi-instrumental if such a thing exists, but it's still a work in progress. This won't be on our new ep coming out soon but maybe later in the year we'll get to record a few more fresh songs and put them out.

We dedicate this to John Michell 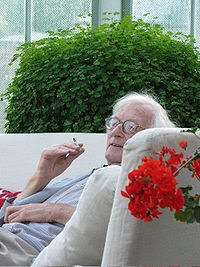 This month's Fortean Times has a special feature on this English writer who has since the 60s covered many topics in his books such as numerology, UFOs, megaliths, Glastonbury...and much more. Basically before Michell Glastonbury was another Somerset town - actually that's a bit of an exaggeration but you get my drift. I learnt quite a few things about this great writer I didn't know - he was once a friend of the Rolling Stones for example - and named the UFO club for Pink Floyd. So if you have a liking for this original thinker maybe you should try and get hold of Fortean Times before it sells out.
In a way reading John Michell makes you into a bit of a dreamer - a 'normal person' would scoff at some of his ideas but even a rationalist reductionist would find it hard to argue with some of the strength of his notions and how convincing they are. My favourite book is 'Twelve Tribe Nations' which argues a literal 'enchantment' when perpetual choirs chanted and the world was divided along astrological lines. I can't really explain it in a few lines - you have to read the book and consider the evidence before judging it a fancy. Michell is no fake or fakir - he's a true English visionary and eccentric with a great writing style. I recommend you give him a read. Whether he's writing about Crop Circles, Glastonbury, strange phenomena or whatever it's hard to put him down - his ideas intoxicate the mind. Wiki
Posted by Ralphus at 1:13 pm

Lots of interesting local news stories from the Frome area are up to read at the Butts Bugle.
Posted by Ralphus at 6:10 pm

This mournful but very catchy tune has been on our stereo this last week. Give it a go - you might succumb to its hypnotic melancholic charms - it might be from 1928 but it still manages to captivate. Robert Wilkins wiki. And if you are wondering what a biscuit roller is you can find out at this language of the blues site that tells you the meaning of all the obscure references in the lexicon of blues suggestion. It's an excellent site that will have you smiling and learning the language at the same time. Wilkins illustrated discography

The City Bath is getting excited ready to have a visit from the Ermine Street Guard - Britain's longest established Imperial Roman military display group. Here's a list of Bath World Heritage Day events this saturday the 18th.
Image search Ermine Street Guard
Posted by Ralphus at 10:00 am

I was searching Jimmy Reed on youtube and found this Texas duo - a pretty damn good sound that manages to be authentic sounding but they're own thing. Excellent stuff.

I missed this on telly the other night - not that I watch much but this is a great performance and a great song and I think you might enjoy watching it too.

Susan and I were thinking this might be a good one to cover - not sure of the rave up bit - it does break the song up a bit rythmically...great lyrics and riff. I suspect loads of people have done versions of it though but what the heck, it's the thought that counts. I've always had a strong liking for the Count V - maybe it's the crappy punk harp... the thumping punky bass - what's not to like?

Paranoid Time is a fanzine/blog and a radio show every tuesday night from Lyon France. Listen to it Tuesdays at 11pm (10 pm if you're in the UK with our time) at http://www.radiocanut.org/. They play punk music from all over the world and even music from Radstock! Last week they played a track off our forthcoming vinyl 12 inch ep on Convulsive Records 'Songs from the Somerset Coalfield' so they must be good guys don't you think? This is a track they have been playing - a 1984 song by the Big Boys 'We're not in it to lose' There is a couple of hours worth of streaming stuff if you want to give it a listen. It's a mix to please all punk fans I would say.