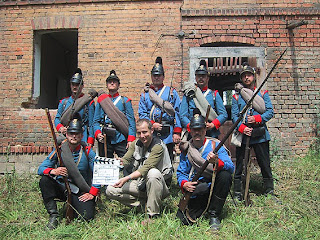 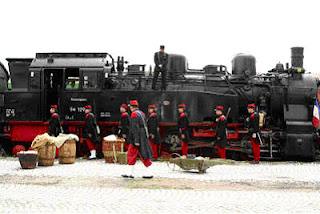 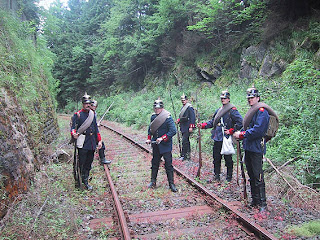 I apologise for doing all these posts about Franco-Prussian war reenacting - this will be the last one on the subject for a while. This group DSM were involved in the film mentioned below La forteresse assiégée and it give me an excuse to show some pictures involving railways...why? This was warfare in the age of steam. It is of course a great misnomer the Franco-Prussian war as most of the German states were involved including Bavaria - depicted in the light blue. Anyway let's hope these groups flourish - they are highlighting a much neglected part of European history.
Posted by Ralphus at 7:00 pm