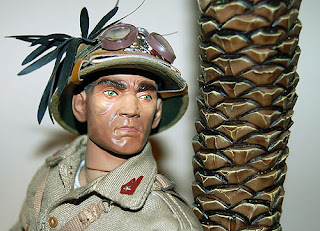 I don't really like covering ww2 subjects - partly because there is simply too much out there and I am not interested apart from 4 exceptions - the Italian, French, Japanese and Russian armies - these nations tend to be ignored and overlooked in the rush to sell the more lucrative German and American ww2 stuff so I am pretty pleased to see someone producing 1/6th scale action figures of the Italian army. I don't agree with the politics of Italy at the time but I have a great deal of respect for the army and what it did in the circumstances and saddened to see them so often maligned in the mainstream media.