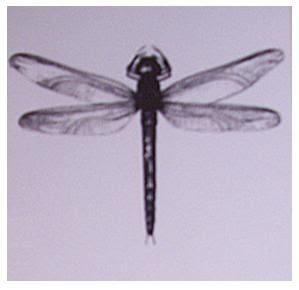 Have you ever had a dragonfly larva? When I say 'had' I mean kept one as a pet - I had one as a kid and it ate all my tadpoles - it frightened me to death - it was like the alien in Alien - grossing me out until one morning I came down and found it sat on the side of the washing up bowl I was keeping it in as a beautiful Dragonfly. I almost forgave it.
Anyhow back in the early years of the 20th century they dug up a Dragonfly fossil in Radstock in one of the pits - it was the largest fossilised bug ever found at the time though I now think it has been surpassed. Boltonites radstockensis. Hence the choice of song for the below film.
Posted by Ralphus at 12:43 pm